With the advent of new generation smart phones literally providing  the apps on our fingertips, in discriminatory use of social media has become commonplace. The amount of time people are spending glued to their screens is alarming. According to a recent article in Economics Time Mobile addiction has shot up nearly 75%-100% in last one year alone and the problem is only going to get worse. This article first appeared on practo.

In this era of technology it’s neither feasible nor advisable to shun social media completely. Key lies in using it smartly to our advantage. It’s important for parents to understand that where ever use has become problematic there have been gaps in parent- child relationship. Hence parents will do well to spend time with children and strengthen their bonds.

Having said that below are the top tips on guiding our teenagers on responsible use of social media. Also read my article on Rules for internet use.

1.Leading by example: Parents will have to introspect their own use along with their children.

2.Don’t blindly follow the trend: Other kids your child’s age having social media access doesn’t necessarily mean your child should have it to. See what feels right for your child individually. Hold a dialogue with your child about the same. v  Real time bonding: Have a good interpersonal relation with your child so that his/her self esteem doesn’t depend on their social media status.

3. Discussion and communication is the key: Sensitize them about both pros and cons of social media. Switch from “I said So ” mode to let’s talk and discuss like two responsible citizens.

4. Follow: Use the same applications as your child and follow them on social media. Let them know it’s not your intrusiveness but concern for your child’s safety in face of increasing social media dangers.

5. Social media as a public tool: Teach kids it can be used to make them shine in future university admission/job applications. Posts can be used as a good way to hone language and communication skills.

6.THINK before posting: Truthful, Helpful, Informational, Needed and Kind. If the answer is no on more than one account should it really be posted?

7. Setting Ground Rules: Rules should ideally be set before use of social media starts. It should be decided by mutual discussion and be abiding on all family members.

b) Questioning self before posting: Do I want my parents to see that? I will only post what I want my reputation to be ten years from now.

c) Gauging friend requests: Don’t add everyone. If you don’t know them personally or if there is not adequate information to make an informed decision decline friend request.

d) Phone free time and space: Families should create a time when they all stop smart phone use and do some activity together like playing board games etc. Also children should be asked to hand over their smart phones while studying. Exception to the rule would be if a project requires its use. Even then parent must monitor the use and time can be used to strengthen their bond.

8. Accountability: Consequences of not following the ground rules should be decided in advance in dialogue with the child. All members of the family including the grandparents will have to bear the consequences of breaking the rule.

9. Monitoring: Parent should go through their child’s posts and also the friends list with them. Use the opportunity to discuss and shape your child’s personality towards more desired qualities. Parents must have a patient, mindful and a non-judgmental approach. If not it may appear like intrusion and your child will resist you for that.

Activity on social media have far reaching consequences. Parents should teach their children it’s dangers, how to use it responsibly and establish ground rules before giving them access to smartphones. 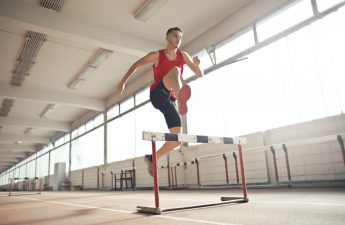